When studying the groundwater flow, one of the main factors that influence its behavior is the topography. Nowadays, we can obtain this topography information from several sources, being GeoTiff,JPG, etc as one of the most popular elevation models format file.you can find the problem and files to download bellow after the video.

The synthetic model is located in the context of a natural alluvial plain in the US Mexico border (Mexico) locally commonly known by irrigation unit 4  and crossed by the Colorado river along Northeastern direction(Yellow line)(Fig.1).

The hydrological system analyzed is located in an alluvial plain where groundwater and surface water are in hydraulic connection.

Fig1.  Geographical setting and zoom over the study area

All model layers are assumed to be hydraulically homogeneous and isotropic,with values of their hydraulic conductivities ( K )shown in the following figure.

WELL package: use the attribute table values of the shape file.

In this MODFLOW Exercise you are provided the following spatial datasets:

A polygon shapefile of the area, called irrigation unit 4.shp

A point shapefile of the groundwater well, called well.shp

A DEM for the model top….

Run an annual transient model from 1995 to 2006 by assuming the initial head is equal to the model top and specific storage is 8e-2. Calculates the hydraulic head distribution, a water level and check the budget and investigates the relationships between groundwater and surface-water in terms of water budget.

DEM of the area 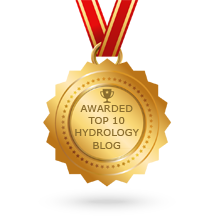 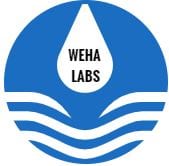